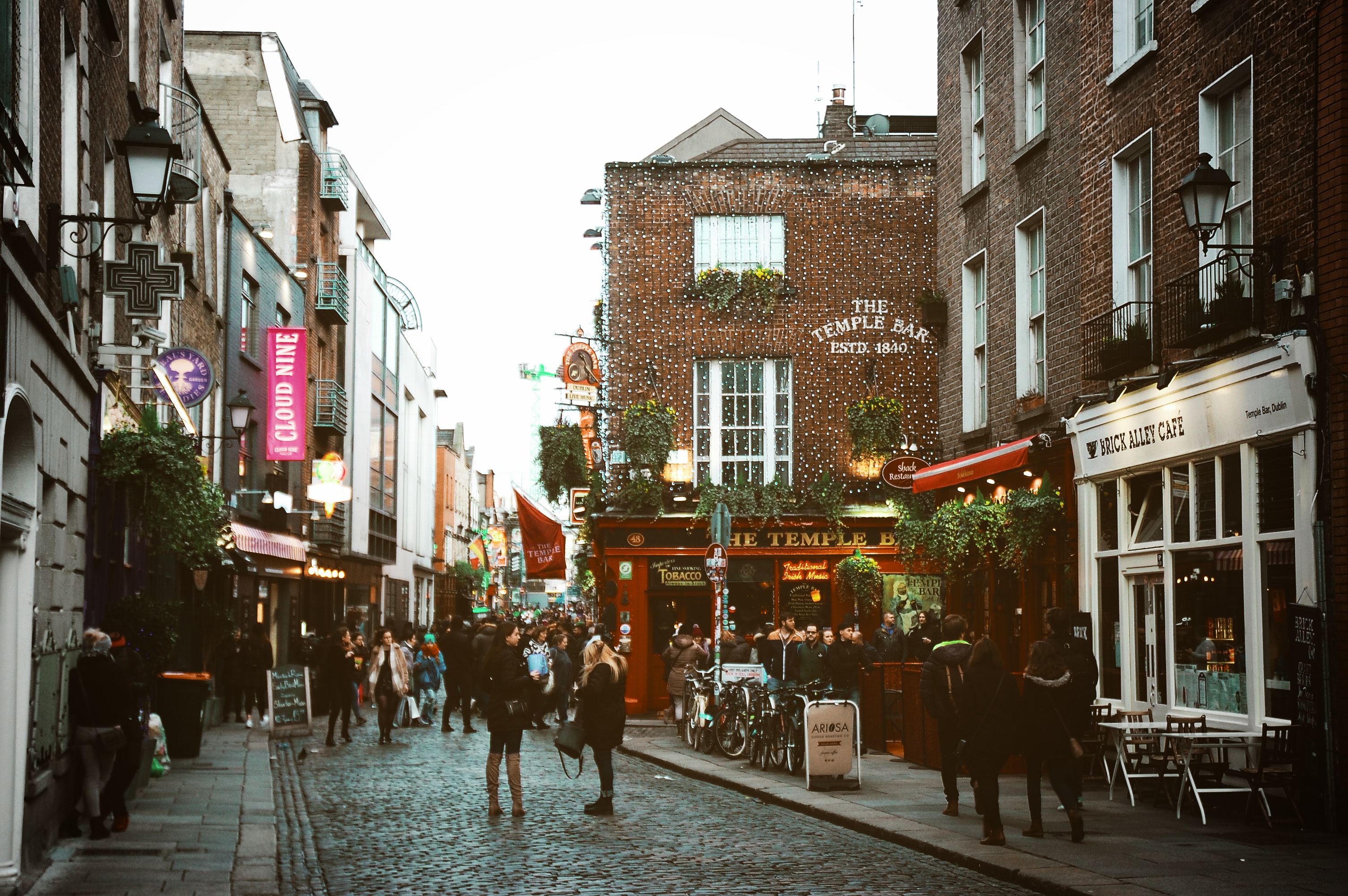 This flood of gaiety is echoed around the country, from large cities like Dublin and Galway, where thousands more revelers throng the streets, to smaller towns where unsuspecting visitors may be swept right into the heart of the fun with the rest of the community.

Because St. Patrick's Day is a bank holiday, it also means many businesses across the country will be closed, although the more touristy spots stay open to capitalize on holiday crowds. Quite a few restaurants will be open, too, offering special dishes that are only the leading edge of a boom in well-justified, year-round pride for Ireland's culinary scene and local produce. There'll be Irish lamb, beef and chicken a-plenty, coddle and colcannon, bacon and cabbage, and endless platters of seafood just pulled from the ocean — and that's just the beginning.

And although St. Patrick's Day is a fitting occasion to roll out something special — from themed pop-up dinners out of local cooking schools to fine dining at Michelin-starred restaurants and a new Irish coffee flavor from the decadent Murphy's Ice Cream (made with Irish Jameson whiskey, of course) — you can chase this fresh, adventurous and innovative foodie spirit 'round Ireland all year long.

Let's start with the famed English Market in Cork City, often hailed as the very essence of Ireland's culinary scene. There, you'll find the finest local ingredients for everything from fish and meats to black pudding and cheese, alongside fresh fruit and vegetables, chocolate, and imports from a sampling of diverse cultures. It also happens to be just off the same Grand Parade I'm standing on, although the market does close for bank holidays like St. Patrick's Day.

When the market is open, you can dine in the hearty Farmgate Café on the mezzanine level, where they dish up traditional, seasonal dishes with a bird's eye view of the market. And if you followed the River Lee to the west, you'd find Café Paradiso, recognized as one of the best vegetarian restaurants in Europe.

Head east to the town of Midleton and you'll find Sage Restaurant, where the ever-changing menus use only ingredients sourced from within 12 miles of the restaurant's front door. If you'd like to learn more about making your own gourmet food, the famed Ballymaloe Cookery School isn't far away, offering courses that range from a half-day to five weeks long.

Or, head south from Cork City for a meal at the award-winning Fishy Fishy Cafe in Kinsale, where you can secure a harborside table and watch fishing boats return with the ingredients for that evening's dinner. Time your visit for October and you can take part in the weekend-long Kinsale Gourmet Festival, which is as much a party as an excuse for dining on some of Ireland's finest seafood. 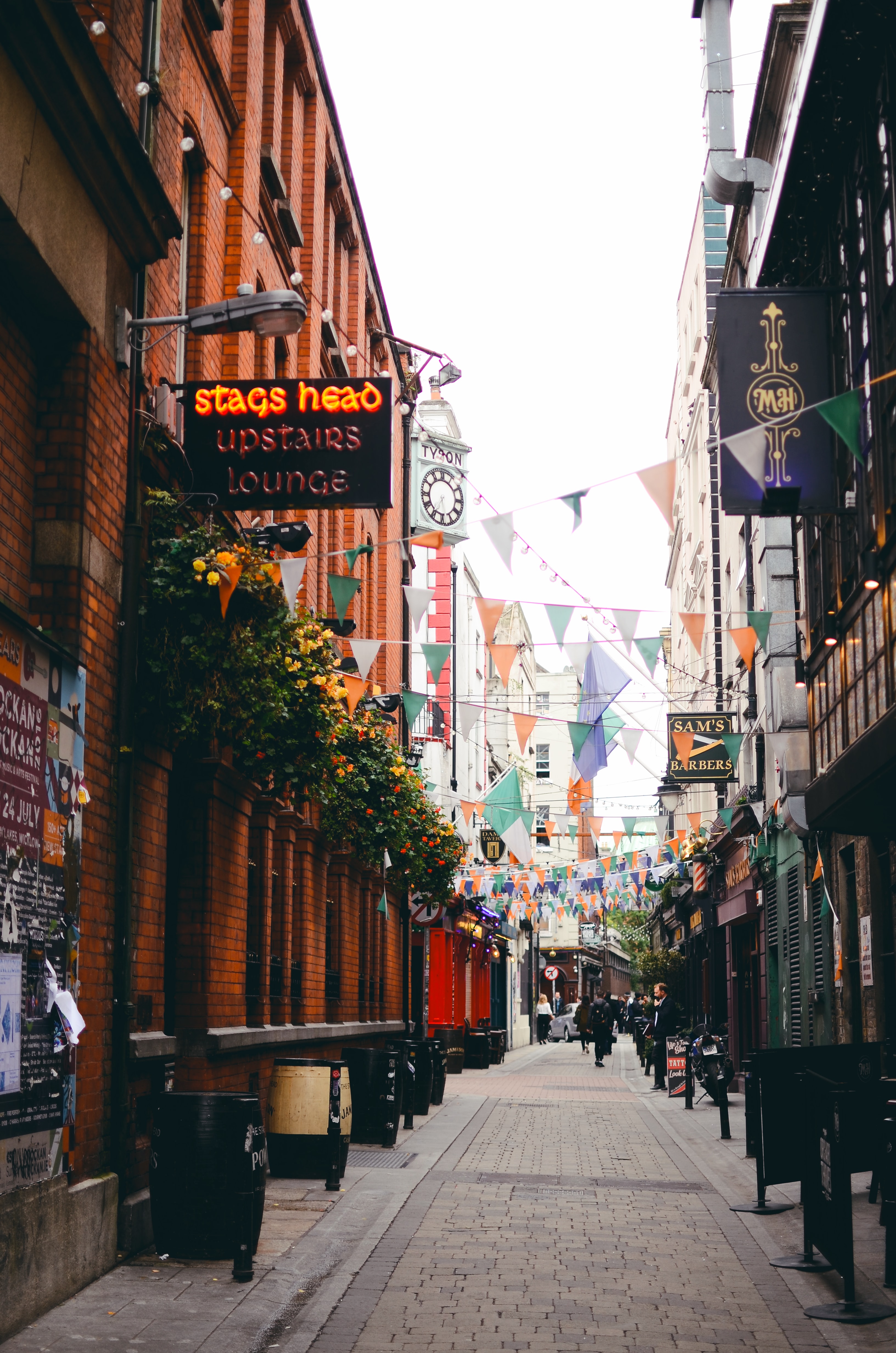 Where Culture and Food Combine

That doesn't mean County Cork holds a monopoly on Ireland's great food — far from it. If you take the time to look, you'll find the deep roots of food traditions twined all through the island, forever bound to its salty shores and fresh rivers.

One great example is Galway City's International Oyster and Seafood Festival, held during the last weekend of September. This is the oldest oyster festival in the world and arguably one of the region's biggest social events, drawing more than 20,000 visitors and spurring street parades, seafood trails, and even a Mardi Gras-inspired masquerade ball.

If you love oysters, it's worth making the pilgrimage north to The Lobster Pot (also known as Kelly's) in Burtonpot, Co. Donegal, where you can enjoy Irish Premium Oysters — farmed locally by the Gallagher family and distributed to top eateries around the world — or even tour the oyster farm.

And it's worth pointing out that sometimes the biggest awards come from the smallest places. Consider Nancy's Barn in Ballyliffin, also in Co. Donegal with a population of roughly 425 people. This quirky little bistro, located in a converted 19th century barn, was named World Seafood Chowder Champion in 2017 and 2018, and Ulster Café of the Year in 2019.

At nearly the opposite end of the island, the early October Dingle Food Festival draws visitors from around the world for its tasting trails, cookery workshops and street entertainment; and if you go just a little farther south, you'll find Skelligs Chocolate, where the only way to improve on some of Ireland's finest chocolate is by pairing it with the rugged, remote scenery of the Ring of Kerry and the Wild Atlantic Way.

And that's only a fraction of the foodie wonders — sweet, savory, pulled from the sea and everything in between — that you'll find on a trip 'round Ireland, whether you're visiting for St. Paddy's Day or any other time of year. Like many other things in Ireland, the trick to finding even more foodie treasures is to slow down and ask around. You might just get an interesting conversation along with that pointer toward your next great meal.